How to understand text abbreviations on the internet 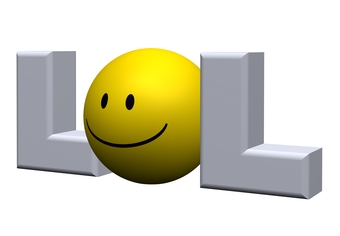 As you have probably noticed, the Internet is becoming a greater influence on our daily lives with each coming year. Business, schooling, and communication are all becoming increasingly reliant on a person’s ability to use the Internet practically and efficiently. Interaction with others is one of the primary uses of the Internet, but to speak with a community, one must first learn their language!

Internet shorthand is a way for users to keep their messages brief and simple. It saves time and effort while communicating in a casual environment. While it gained its popularity through social applications such as instant messaging and online chat rooms, it is becoming an increasingly accepted concept within other locations of the web as well. You may be thinking to yourself at this point, "what exactly is Internet shorthand?" Well, Internet shorthand is simply a style of typing that abbreviates common phrases or words by replacing them with acronyms and single numbers or letters.

Perhaps the most common concept of Internet abbreviation is replacing words with single letters or numbers. For example, lets take a look at the sentence, "Why would he do that to you?" Two words in the sentence, "why" and "you," can be easily shortened with corresponding single letters: "y" and "u" respectively. In addition to these, the word "to" can also be condensed into the single digit "2," making the sentence read: "Y would he do that 2 U?" Segments of words are also often replaced by numbers, such as the words "forget" and "tomorrow" which may commonly be shortened into "4get" and "2morrow." Putting all of these ideas together may result in a sentence that reads "Y would he do that 2 u? Did he 4get about 2morrow?"

Another common practice throughout the Internet is replacing common phrases or expressions with acronyms. Let’s take a look at many common Internet abbreviations along with the environments in which they may be found to get you acquainted with the lingo of the World Wide Web:

Variations of these acronyms that may switch letters around or replace them with others are commonly employed, but they still depict the same general meaning. This may seem like a lot to remember, but as you begin using the Internet for communication it will all begin to come naturally!

Emoticons or "smileys" are an effective way of expressing emotion through text. Emoticons are strings of keyboard characters that are meant to depict faces with certain expressions or symbols that expresses emotion. People will generally develop their own style and preferences as they form emoticons, using different characters for eyes, mouths, or noses; but here are a few examples to get you started:

There are many forms of Internet shorthand in addition to those mentioned above to make communication through the web faster and easier. However, do not be intimidated! It will all be made easy and natural as you utilize the concept and pick up on new ideas. These examples should give you a solid foundation regarding abbreviations and expressions commonly used in Internet communication! 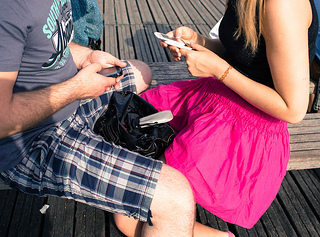 Mobile phones are becoming the medium of choice for sending love letters and matchmaking in the new millennium... Read more

Remember, comments are public. If you want to send us a private message, please use contact form.